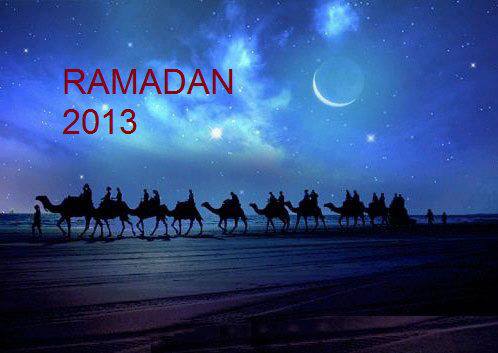 I never realized how faith and belief can surpass, undermine and even ignore the most basic human feeling, hunger, until I learned about Ramadan. From the moment that human beings were born, they are programmed to immediately gratify the surge of uncomfortable yearnings in the stomach. Eating meals are essential. Without food, naturally, a person dies.

But Ramadan, the ninth month celebrated in the Muslim community is an epitome that hunger, though a natural response of the human body for the lack of food, may be undermined under conditions of the mind. Ramadan is all about faith and humanity. This is the practice that Muslims worldwide celebrate as the Five Pillars of Islam. And yes, fasting or the act of withdrawing the human body from food or from certain foods is done during Ramadan. Let’s dig more about Ramadan 2013.

Most of you have probably ask this: What is Ramadan? Some will answer that it’s an important holiday for Muslims. Some may say that it is a time for fasting. So let me ask you, what is Ramadan, exactly?

Fasting or “sawm”, in Arabic terms, has been the main practice of Ramadan under obligatory circumstances. Surely, fasting during Ramadan does not completely imply going without food or water. There are, however, guidelines to the what, when and how certain foods are eaten and which are not. Other than food, there are certain activities such as sex, listening to music, arguing, putting drops to the eyes or allowing saliva to reenter the mouth after its exit. 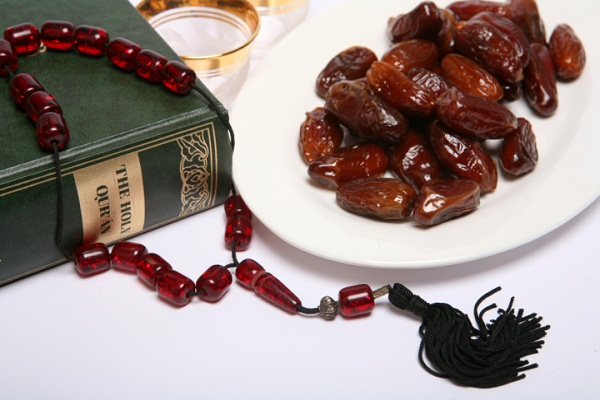 There are also exemptions on certain people on fasting. Among are children those undergoing menstruation, those on travel, those in poor health, pregnant women, nursing women and those are managing to feed thirty poor people each day.

Fasting does not apply only to the human urge to eat. This also covers the abstinence from evil thoughts, words and actions. For instance, a person must avoid from allowing his/her mind to travel so relentlessly, especially to malicious thoughts. A person must not use his/her tongue to talk too much for this exercises the tongue. In the same light, a person must not allow his/her body from doing excessive activities. Thus, the means of fasting for Ramadan goes beyond hunger. It is the involvement of the whole human body: an oath to cleanse and purify the soul for divine salvation.

However, Ramadan does not only define itself through fasting and abstinence. Fasting is the most essential practice for this purifies the soul. Other than fasting, prayers are also recited during the Ramadan.

There can be no question that Ramadan, being a holy celebration that unites Muslims worldwide, has been equally celebrated by other religions as well because of its intense impact that pulls the heartstrings even of the richest capitalist in the corporate world. Because of the devotion that Muslims have put into Ramadan, the whole world is also put into complete solemnity.

Benefits of Fasting in Ramadan 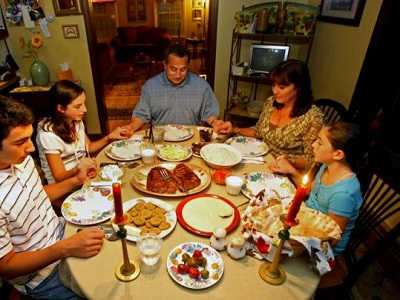 Muslims believe that fasting gives tons of returns. Some of them are:

While there are benefits, there are rules to consider. But take note that these rules exist as a means to maintain the holiness of Ramadan at the same time preserve the biological strength of the followers during the fasting. Even the Qur’an advises that followers should have their bodies preserved despite of the rigorous spiritual act. Here are some rules that administer and guide Ramadan fasting:

The next question to ask upon hearing that the Ramadan 2013 will be here is that “when is Ramadan” then? Please note that the calendar that Muslims use might be different from what you’re using. Muslims use Islamic lunar calendar to calculate Ramadan dates and timings. They also use what is called “Ramadan moon sighting” to determine the start of the Ramadan.

The dates of Ramadan may vary yearly. Most of you are probably looking forward to the next Ramadan, or simply wanting to know the previous Ramadan dates, so I’ve listed the 5 years advance dates of Ramadan such as follows:

Most of you have probably heard these phrases as soon as the Ramadan season approaches. Ramadan Kareem to all of my friends and relatives, etc. What exactly Ramadan Kareem is? I can’t help but to ask myself, What is the meaning of Ramadan Kareem in English?

As I search online, I found that Ramadan Kareem meaning is that “Ramadan Generous”. Kareem is an Arabic word which means “Generous“. The person who’s greeting someone a Ramadan Kareem intend to wish that someone to have a fruitful Ramadan, and enjoy the generous blessings of Allah.

How about Ramadan Mubarak? Have you encountered this phrase too? Same here. Admit it, most of you are confused what Ramadan Mubarak really mean. Actually, Ramadan Mubarak in English is translated to “Blessed Ramadan”. Yes, from the word itself, a person who greet someone a “Ramadan Mubarak” intend to wish someone to have a blessed Ramadan. This may also mean that a person is excited that it is the month of Ramadan, a time that all should be glad for the blessing is multiplied so they say “Congratulations, it’s Ramadan”.

Here is Allah, the one God, the designer, the maker.
All the most beautiful names belong to Him.
He is the most great and most sensible.
Happy Ramadan!

You cannot count all the blessing that Allah has given you,
you will run out of numbers to recall them.
But I am grateful to Allah for giving me a friend like you.
A blessed Ramadan to you.

In this holy month of Ramadan,
May all the good things come in your way.
May you have all the desires in your heart to come true.

I wish you and your family a peaceful Ramadan.
All the goodness wishes are with you.
May you continue to be a blessing to each and everyone. 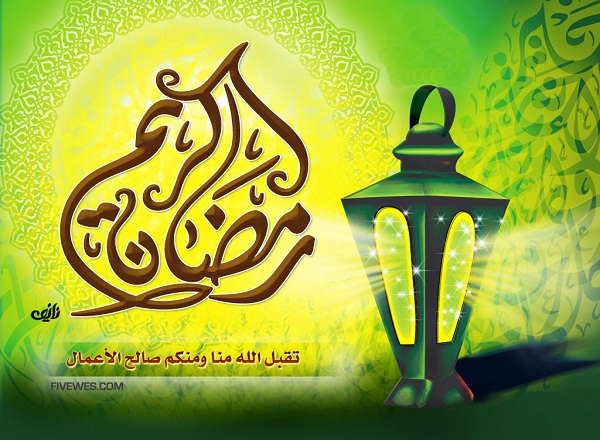 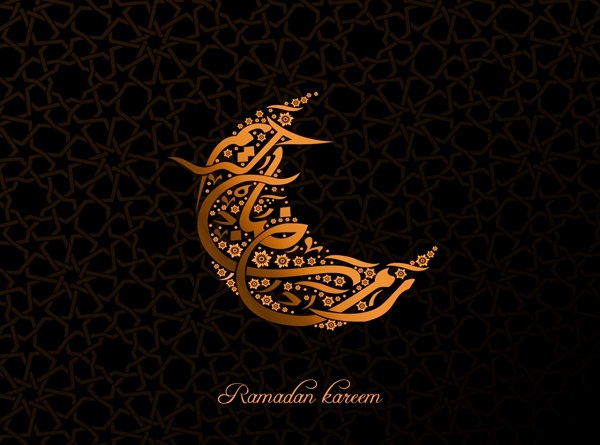 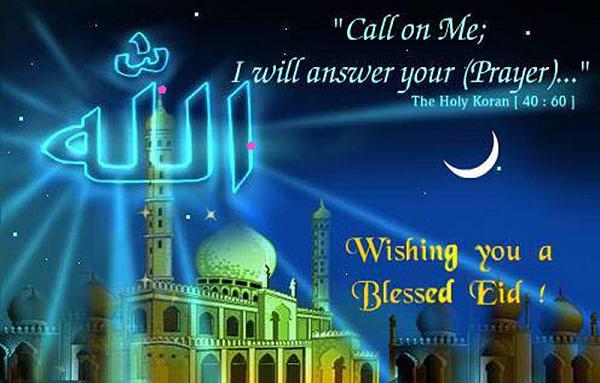 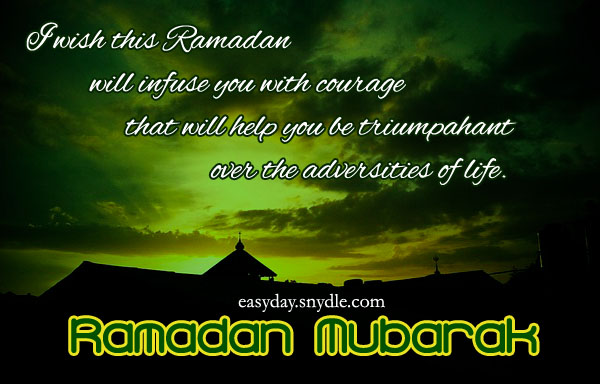 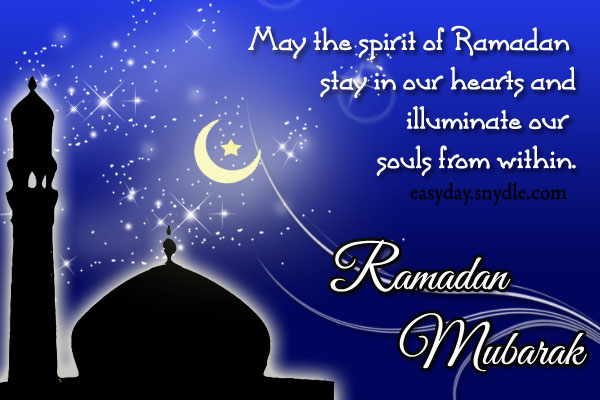 Ramadan is and will always be a Muslim tradition that will survive even when centuries pass. It is not only about a hungry stomach such that popular media would portray. It is devotion. A commitment and a community camaraderie that is most significant to the Muslim world. As the world watches, surely, Ramadan is also a global phenomenon that has gone triple platinum.