I’m a hopeless romantic and I’m attracted to the word “Love” and “Romance”. That’s why watching romantic movies, especially romantic comedy love story, has been and is my current past time. I’ve watched a lot of romantic movies. While I find some silly and corny, some actually struck to my heart and stayed there. Upon searching for more movies I may have never seen before, I stumbled to different list of romantic movies of all time. Some is agreeable for me, while some are simply a list, just a list.

So I told to myself, why not make my own list of romantic movies? So here I am listing down the movies I’ve watched before which I considered romantic. So here it goes….

Let’s start with the 10th most romantic love story…

Miley Cyrus plays a rebel sent to spend the summer with her father. She falls in love with a boy on her father’s ranch. Miley’s character’s relationship with her father adds an extra element of interest to an otherwise simple teen coming of age story. This movie is the epitome of summer romance movies

A zoo keeper, played by Adam Sandler, falls in love with a girl that suffers from memory loss. Every day she forgets what happens, so Adam has to convince her to go out on a date with him every day. He eventually wins her over, and starts to keep a video diary for her explaining their relationship. Conquering all odds, this romantic comedy is fun and sincere at the same time.

This classic movie combines sexy dancing and romance. The main girl is at a summer camp on holiday when she falls in love with her dance instructor. The naughty dynamic makes this movie even more intriguing. The main actress in this movie is smoking hot, which makes the movie even more enjoyable. This romantic movie starred Patrick Swayze and Jennifer Grey. 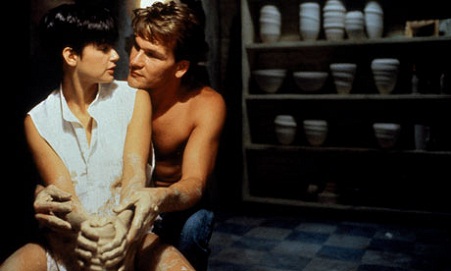 Patrick Swayze plays a ghost trying to reach his love through a medium played by Whoopi Goldberg. The talents of Whoopi Goldberg and the good looks of Patrick Swayze make this movie memorable. Sam played by Patrick Swayze is killed by a thug when he is investigating in New York City. He realizes while laying by his distraught love that he cannot be seen nor heard. He spends the rest of the movie trying to convince his girlfriend he is still there and that he still loves her.

After experiencing a car accident, the heroine wakes up with no memory. Her husband takes the time to help her relearn everything because of his great love for her. This movie is a bit slow in some parts, but overall very touching. This movie starred Rachel McAdams and Channing Tatum.

Architect Amy Benic takes goes on vacation where she meets Virgil Adamson, a masseur that gives her a massage and relieves her tension. She is so relaxed that she falls asleep. When she wakes up, she compliments Virgil, also discovering that he is blind. They start going out, and eventually become involved. Amy finds a procedure that could restore Virgil’s sight. When Virgil refuses, Amy is confused. After Virgil reconsiders, and has the surgery, having sight is difficult for him. It is a new experience for him. Amy and Virgil start having problems, which leads to the end of their relationship.

Mandy Moore plays a woman that has Leukemia. She is an avid church goer. She father is a priest. She is in high school, and she meets bad boy Landon. He gets in trouble with some other guys, and has to do community service, and through the community service he learns more about Mandy Moore. He needs help because he has been forced to be part of this play in school. She starts to help him learn his lines, but she says she will only help him if he won’t fall in love with her. He does fall in love with her, all the while she is slowly dying from leukemia. 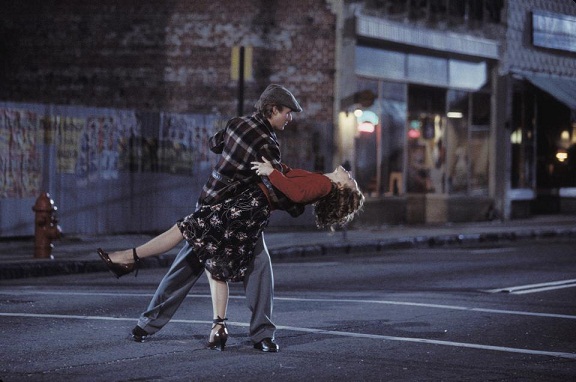 A rich girl falls in love with a poor boy. After seeing his love interest at the fair, Noah climbs to the top of a ferris wheel and threatens suicide if the girl doesn’t agree to go on a date with him. His dedication and charm eventually win her over. Allie’s family leaves town, and Noah writes Allie for a year. The events that follow are strange and make a true and tragic love story.

I actually thought twice if “The Notebook” should be the first in my list but I think being the second is just fine. One line I really can’t forget from this movie is this one:

I love you. I am who I am because of you.
You are every reason, every hope, and every dream I’ve ever had,
and no matter what happens to us in the future,
every day we are together is the greatest day of my life.
I will always be yours.
– The Notebook

And now, the first spot goes to…. *drum roll* 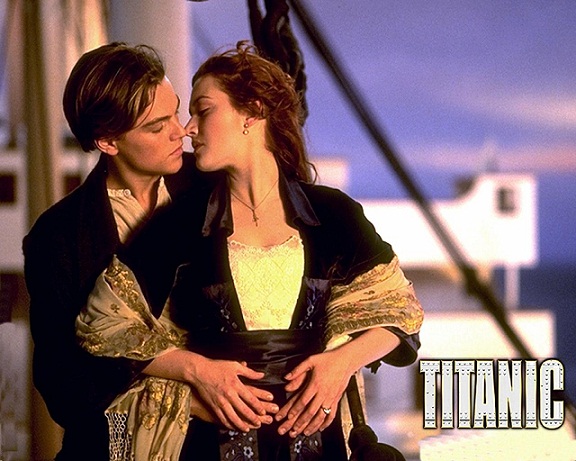 A tragic love story that happens aboard a sinking ship, this story details the love of two young people. They fall in love quickly, when fledging artist Jack Dawson draws a picture of Rose, a rich passenger. The story actually begins when treasure seekers look for a special necklace aboard the sunken ship, the Titanic. Instead of finding the necklace, the divers find a picture of a woman who brings forth the now old Rose. She tells her story of her time aboard the Titanic as one of the only survivors of when the giant vessel hit an iceberg in the middle of the sea. The love story is woven in amidst the adventure of the sinking ship. The desperation of their situation makes the couple’s love story one of the best.

You may have something else on your mind so feel free to share it via comment section. But hey peeps, let me remind you. This is MY top 10 most romantic movies of all time. If you don’t agree to this list, then feel free to create yours. *PEACE*