Discover Some Hauntingly Healthy Halloween Recipes for the Upcoming Bash 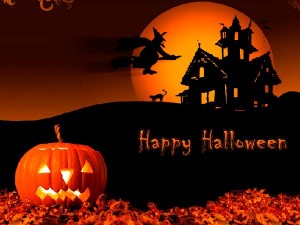 Once upon a dreary night, Halloween was known as Samhain- the Celtic New Year and the night before the feast of all the Saints and Holy spirits.  Many centuries back, food was the primary focus on Halloween, rather than fun and partying. The Halloween spookiest and traditional autumn harvest foods were the only things to cherish and made with potatoes and veggies, instead of using sugar and food colors.

Today, Halloween is considered nothing but fun! It is a glorious event-full of horrific recipes and eerie sweets, wicked costumes and devilish decorations. People in different countries celebrate Halloween on large scale and make this dark and festive night more pleasant and worth remembering. And we all know that every fun, party and gathering is absolutely incomplete without food and traditional edibles.

So why don’t you explore Celtic roots with us or just try something unique and gory for your Halloween Dinner Party this season?

After knowing the origins of Halloween, we’ll first highlight some traditional Celtic recipes for the upcoming bash. Here are some easy-to-prepare recipes for a traditional Samhain feast. 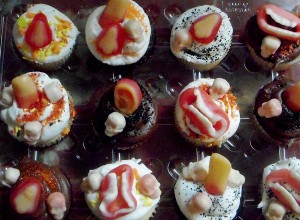 The story behind these small round cakes is that they are traditionally baked for all the Souls, celebrating their deaths. These cakes are usually distributed to the kids and poor who would walk from door to door on the Halloween night and sing prayers for the dead. The concept of distributing these soul cakes was originated in British and Ireland.  These cakes are usually filled up with number of sweet spices and raisins, including nutmegs, cinnamon, all spice etc. the cakes are traditionally served with the glasses of wine. And frankly….. They’re damn delicious!

All you need for this traditional recipe is 3 ¾ cups sifted flour, around 1 cup butter, 1 teaspoon cinnamon, ¼ teaspoon nutmeg, 1 teaspoon allspice and ginger, around half cup milk, 1 cup fine sugar, 2 teaspoons cider vinegar and 2 eggs and powdered sugar to sprinkle on the topping.

First and foremost, preheat your oven to 350°F. Now mix 1 cup butter into flour and blend it with the help of large fork or pastry blender. Insert sugar, cinnamon, nutmeg, allspice, vinegar, half cup milk and beaten eggs into the mixture and blend it thoroughly. Keep blending it until stiffed dough is appeared. Spread neatly on a deep tray and roll out ¼ inch thick. Now cut out 3 inches rounds and place them on a greased baking tray. Prick them several times with fork and bake them for at least 20-25 minutes. Present it in an effective way and do as much creativity you want. Some people used to make the sign of cross on their surface, which looks stunningly sacred. Sprinkle the powdered sugar on the top and enjoy this yummy soul cake.

Colcannon is one of the most popular and traditional Halloween recipe around the globe. It is used to be and still is eaten in Ireland. This dish is superbly flavorful, with a lip-smacking filling and looks awfully warming on a cool and dreary autumn night. 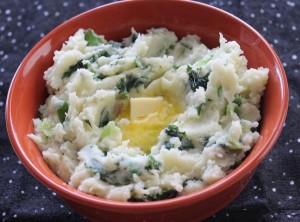 First of all boil cabbage or kale in salty water until it gets tender and then chop it. Now pour milk and cream in a wide saucepan and add leeks. Allow them to cook sufficiently, until it becomes soft. Now drain cubed potatoes and add salt and pepper, as per your requirement. Place potatoes in a pot over a low flame and add milk and leeks. When the mixture is slightly cooked, include kale or cabbage and stir the stuff until green and fluffy. Cook it on low flame. Put the flame off and dish out your Colcannon. Make a deep well in the center of each portion and pour melted button evenly on each serving. If you really want to have a Hallows Eve party and in a very traditional manner, then put a plate of buttered Colcannon. Trust me, it’s so tasty to resist!

Let’s figure out what you’ll need for baking this irresistible Pumpkin Pie: 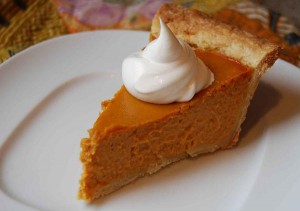 First prepare whisky cream by adding 250ml double cream, 2 tbsp caster sugar and 30ml whiskey. Now pre-heat your oven to 200°C. Beat the 2 eggs with spices, salt and sugar and stir it thoroughly, until it gets fluffy. Include pumpkin puree, sourced and double cream and coffee liqueur in the mixture and beat well until blended. Now roll out the pastry on a tart tin and pour the mixture into the case and bake for around 15 minutes. Now lower the heat of oven to 190°C and bake for another 45 minutes. Remove the tray from the oven and allow it to cool to room temperature. Now whip the whisky cream, until it gets thick enough. Sprinkle icing sugar over your pie and serve it with whiskey cream.

This recipe is a seasonal Celtic dish, which is typically served during the Halloween night. This recipe serves as both a dessert and an exciting ring game. It is a popular tradition to bake a ring along with the bread and whoever finds that ring in his or her slice is guaranteed to get married before the year gets over. 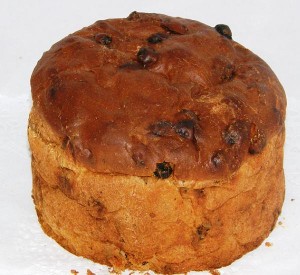 First of all, soak dried fruits in tea overnight or for few hours. Pour butter, water and milk in a deep saucepan and cook it on medium flame. Once the mixture gets boiled, remove from burner and set aside. Take a large bowl and add bread flour, salt, sugar, yeast and lemon peel and mix it well. When water mixture becomes Luke-warm, then pour over the mixture. Add 2 eggs in the same mixture along with flour and blend well. Now drain out your dried fruits and add to dough. If it becomes too viscous, add more flour. When stiff dough is formed, turn it out onto a floured board and spread it evenly for about 5 minutes. Now place the dough in a greased bowl and cover it properly, until it rises enough. Turn the dough out onto the board again and punch it several times. Press the dough evenly. Now divide it into two or three equal parts or you can divide into 6 parts for 6 mini loaves. Grease the baking pans and let your dough rise again for some time. Now place the tray inside the oven and bake at 375°F for at least 30 minutes, until bread appears to be hollow. Wrap the loaves in foil and serve them with jam or butter.

These severed finger dessert do not only look creep-cool and weird, but they also leave an unforgettable flavors on your taste buds. Although, they are soft from inside, they aren’t too fragile or easily broken at all.

First of all preheat your oven to 350°F. Line two baking pans with parchment paper and keep them aside. Add red food color in a shallow bowl and mix it with water. Now cut all almonds into equal halves and include in the mixture. Toss the mixture until the color is evenly spread. Take one egg, whip together with vanilla essence and set aside. Now combine confectioners’ sugar, salt, granulated sugar and butter in a separate bowl and mix them with an electric blender. Add egg mixture and flour until it becomes smooth. Now whip the mixture at low speed, until stiffed dough is formed. Wrap the dough in plastic and allow it to cool in refrigerator for 30 minutes.

Divide the dough in two equal pieces and further divide the two halves in 15 different pieces. Now spread little flour onto your slab and roll each piece back and forth, until a finger shape is appeared. Each finger should be 3-4 inches long. Draw each knuckle with the help of a knife and repeat the procedure with the remaining dough. Brush the top of your fingers with egg white and stick almonds on them. Place all the fingers on the baking tray and bake them, for at least 12 minutes. Your creepy, spooky and lip-smacking finger cookies are ready to serve!

Grease about a 9 inch round pan and preheat your oven to 350°F. Take a large bowl and add sugar, baking powder and soda, cocoa, salt, and flour and mix them well. Make a deep well in the center and pour two eggs, buttermilk, oil and vanilla extract. Beat the entire mixture nicely for 2 minutes. Batter should be smooth and thin. Now pour the batter in the round pan. Bake about 30 to 40 minutes, until a dark brown color is appeared. Now frost and fill the cake as required. This recipe will surely boost your Halloween mood!

The Most Frightful and Easiest Halloween Snacks Recipe:

It’s really a fun to prepare these toothsome snacks at your Halloween bash. Now let’s explore how to make these appealing bites.

The most dreadful edible peepers are prepared from three kinds of dried fruits, so there’s no need to add sugar. They are self nutritious and sweet!

How to layer Eerie Eyeballs:

For each pair of eyes, softly flatten the dried apple with the help of your palm. Now cut a dried apricot from the middle so you get a round piece out of it. Carefully place apricot slice over the apple ring. Use kitchen scissor to divide the raisins into two and place on the apricots with sticky side down.

I believe that these toothsome treats are way healthy from other Halloween sweets, candies and cakes. So, note down these inspiring recipes and try incorporating new ideas into them and cherish the upcoming Halloween Bash with your buddies.

Enjoy one of the healthiest and traditional Halloween edibles around!