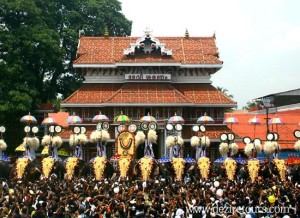 Pooram is a yearly temple festivals conducted in Middle kerala namely thrissur,  alleppey and other places. Pooram is different from other temple festivals as it is not celebrated as just a temple festival. Instead the gods from lot of other nearby temples visit the temple where pooram is conducted. This is like the meeting of gods in greek mythology. This makes any pooram more colorful and interesting since each group of people will bring their god or goddess with their decorations and traditions. Not only that instead of instead of attracting crowds of one temple these pooram attracts crowds from all participating temples and nearby villages. Most of the time there is a friendly competitive spirits are involved to make sure that their goddess is not fallen behind to other gods and goddesses in decorations and band sets.

The pooram festival dates back thousands of years back. At that time the Arattupuzha Pooram was considered as the biggest pooram with meeting of all gods of the temples of surround areas. It is considered as meeting place of gods and goddesses. However one year due to flood gods and goddesses from thrissur and surroundings could not reach for the Arattupuzha Pooram on time and they were prevented from participating on pooram by temple authorities. And the people has to comeback with big embarrassments and shame.

They went and complained this to then thrissur king Sakthan thampuran. After hearing the story that his people were embarrassed on Arattupuzha Pooram, that is also not for their mistakes, King advised to make a pooram at thrissur itself. He arranged 8 temples nearby and arranged in two group and asked them to come to Vadakumnathan temple (Shiva Temple) Next year onwards. So the custom has developed as if all the gods and goddesses are going pooram (meeting together) in front of Shiva, considered as supreme god.

Thrissur pooram has grown up in such state now it is broadcasted live all over the kerala. You can watch the thrissur pooram live on asianet and other malayalam tv channels. 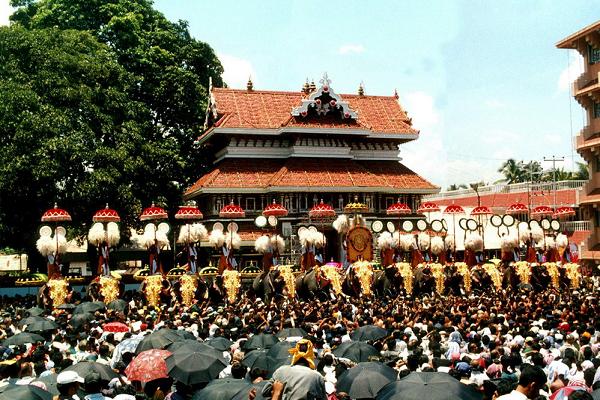 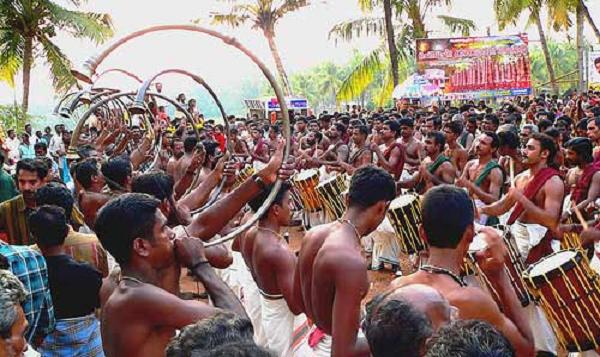 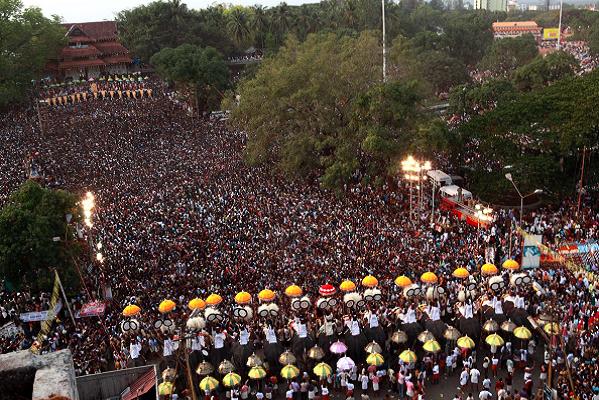 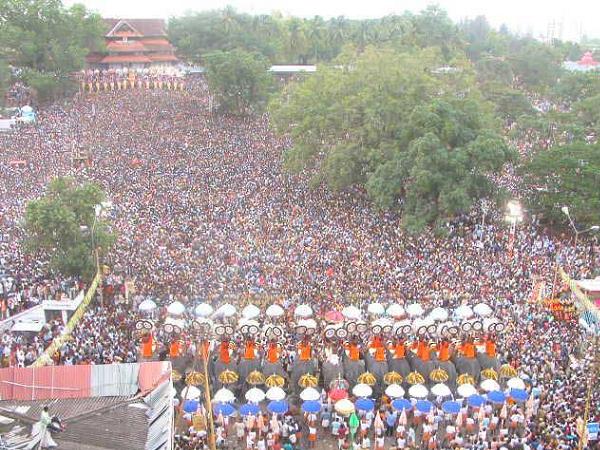 There are lot of thrissur pooram videos are avaliable. I have selected some for you