Halloween is fast approaching and as we all know, the holiday favors monsters over mortals, hellhounds over humans, and carcasses over common men. While it’s true this is the only time of the year you can dress up to be just about anyone, or anything you like, Halloween just wouldn’t be the same without it’s assortment of terrifying creatures of the night.

The ghost, the possessed skeleton, and the zombie, to name a few notable ones, truly dominate Halloween. So how do you become one of those creatures? Honestly, I’m not so sure, last time I checked, you had to be bitten by a zombie, to be a zombie, or to die and decompose, to become a ghost, or a skeleton. While I’m not sure how to permanently become a creature of the night, I do know how to look like a creature of the night.

In this fear fraught article, I compiled some of the best Halloween makeup tutorials on how you can transform yourself, and look like one of these dark denizens of our nightmares. You’d be surprised. It’s not as hard as you’d like to think. So, if you’re ready to look like a zombie or other monsters, keep reading! If you want to truly become a monster well, that’s another story for another time… 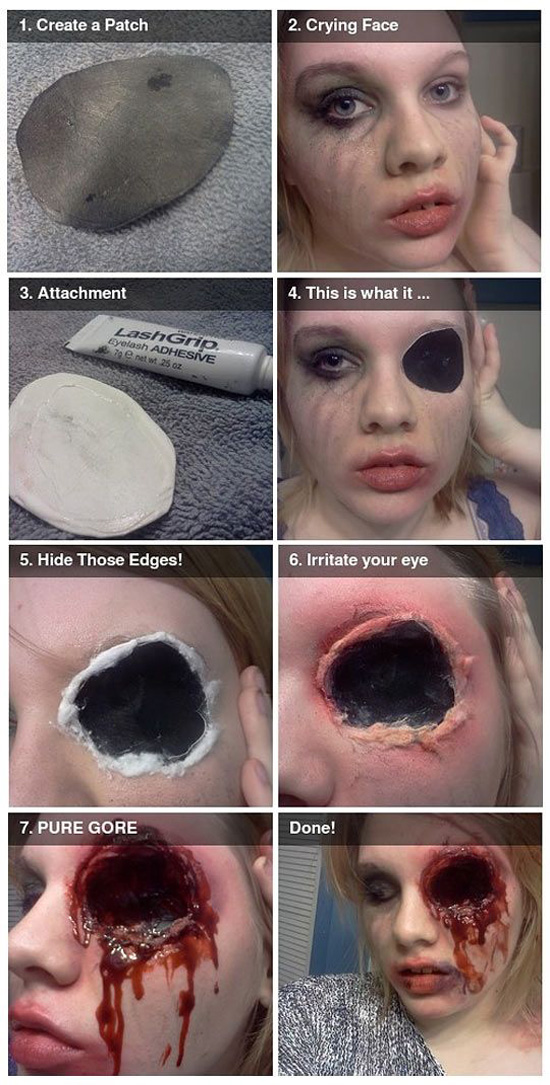 This one would surely give your neighbor some creeps on Halloween. Imagine one of your eyes gouged out. Total gore!

All you need is black and white makeup to pull off this Spooky skeleton halloween makeup.  Source Video Tutorial

Bloody Mary! This sister is spooky and creepy! Image and Full Tutorial

This monster seems to be enjoying a true renaissance lately. With all the appearances of the zombie in pop culture (movies, TV shows, books, etc) lately, you’ll really want to be one with the hordes of the undead this Halloween. Source 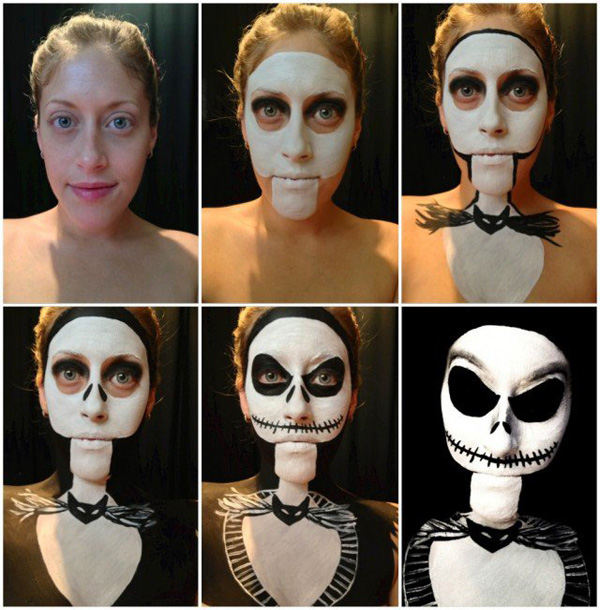 Scare the hell out of your neighbors and friends on Halloween with this stapled face Halloween Makeup.

Halloween would not be complete without the tormented spirits wandering our mortal plane, searching for peace namely, ghosts. Wandering around aimlessly can be very tiring and frustrating, but looking like a ghost, doesn’t have to be so restless. It’s actually quite simple to pull off. Full Video Tutorial 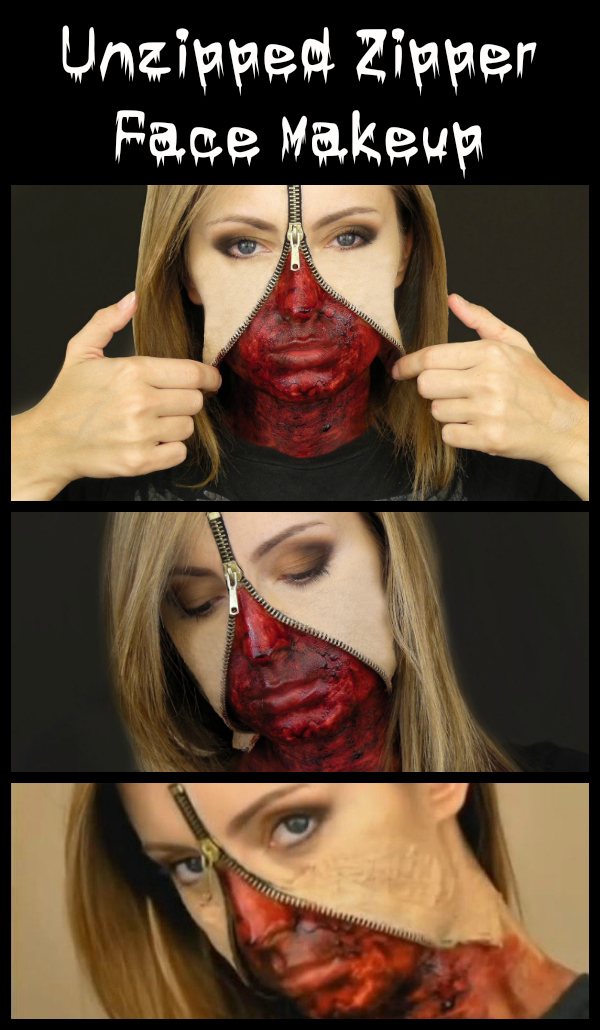 This is another gory Halloween makeup idea that you can pull off this Halloween. Have that unzipped zipped on the face, with bloody effects. A total gore on Halloween!

If you’re a girl,you can’t really go wrong with the cat look on Halloween. With any makeup, it’s really simple to pull off, and if you want to add extra flair just paint your face. And as cats come in just about any color, any facepaint will do. And accessories like cat ears are relatively easy to find anywhere, like drug or toy stores. It’s the spartan,all around Halloween look. Full Video Tutorial 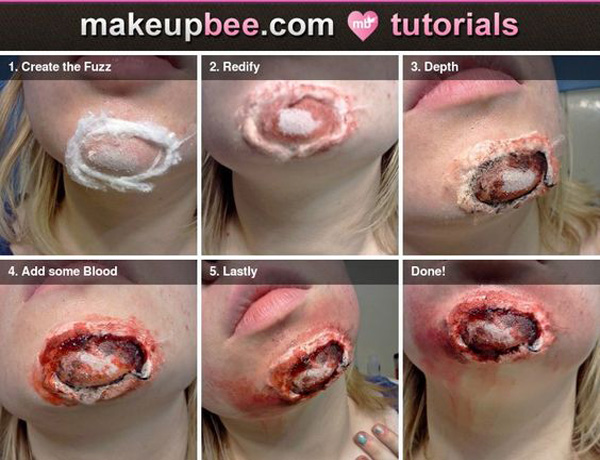 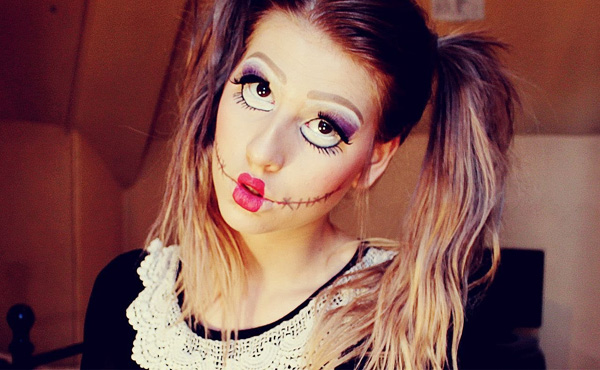 Although made primarily for fun and comfort, there’s something about dolls that can actually make them spooky and creepy. Full Video Tutorial 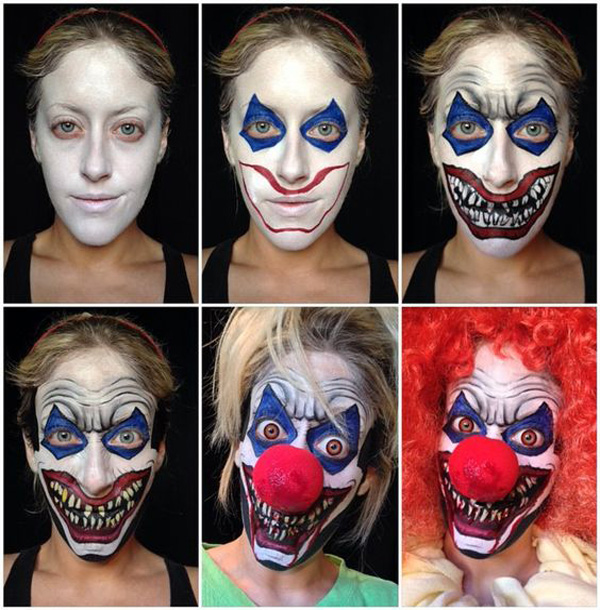 Everyone seems to love clown, right? But will they still love it if they would look like this? A killer, crazy clown. Image Source 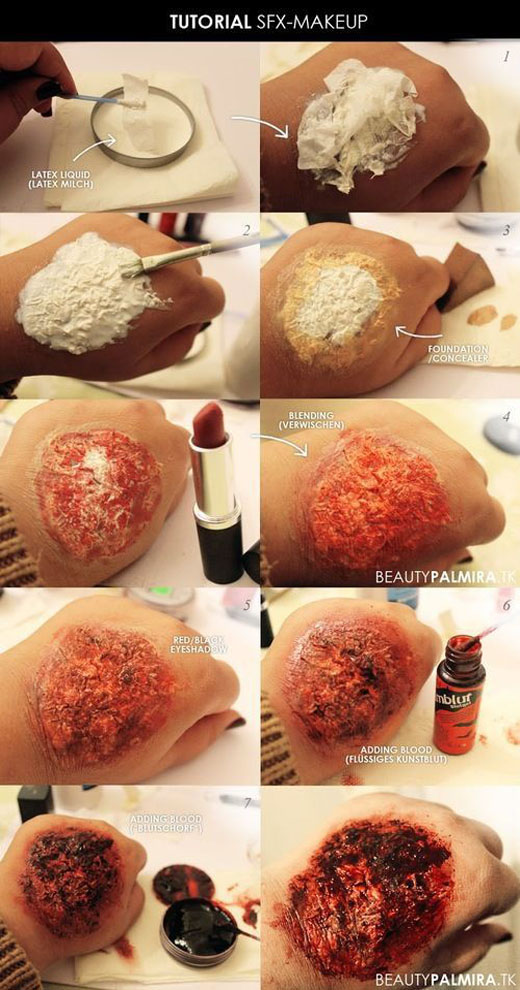