What is a Pressure Cooker? 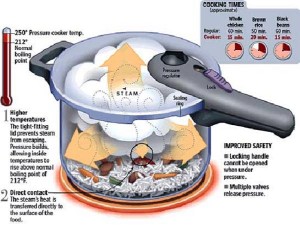 Pressure cookers have made it possible to cook delicious meals in a considerable less amount of time. It is a piece of kitchenware that helps you cook meals, fast and these days, there would hardly be any kitchen, where you will not be able to spot a Pressure Cooker.  Basically a Pressure Cooker is an airtight pot, in which the food is cooked, under stream pressure. Not only does using a pressure cooker save you time, but it also provides you with food which tastes better, as it preserves most of the nutrients and minerals of the food.

How Does a Pressure Cooker Work?

How to Use a Pressure Cooker:

Most people are very apprehensive when they are using Pressure Cookers for the first time. If you are a beginner, then you might want to consider the following steps, to ensure that you use the pressure cooker, correctly and safely.

The cooking time of course, depends on what food you are cooking in the pressure cooker. Lentils generally tend to take more time to cook, than chicken. Once the cooking time is finished, turn the stove off and allow the pressure cooker to cool. As a safety precaution, you can remove the safety valve to check if there is still any steam left inside the cooker. If there is no steam left inside the cooker, carefully take off the lid and put the cooked food in a serving dish or bowl and you’re done!

As mentioned earlier, people tend to be a little hesitant in using pressure cookers because they are afraid that they might blow up in their face. However, the electric pressure cookers provide you with a much safer approach and you need not worry about explosions anymore. Their biggest feature is that since they are electric in nature, there is no role of open flame, in the entire cooking process, so you do not have to worry about being burned or anything.

There are various models of the electric pressure cooker in the market today. Each model comes with its own features, some may even serve as a slow cooker! 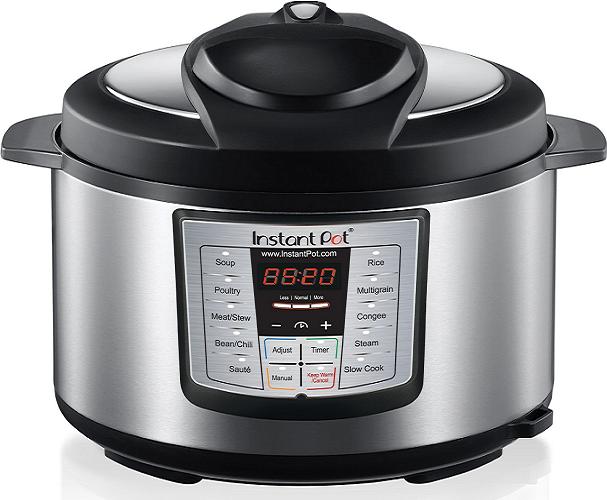 The biggest advantage of using a pressure cooker is that it takes less time to cook food, as compare to other cooking methods. You can cook anything in it, from beans to rice to chicken and beef etc The end results will be tastier and healthier, as pressure cookers tend to retain the nutrients of the cooked food, while simultaneously, killing the bacteria which may be present in the food. However, it should be kept in mind that different pressure cookers will be cooking at different speed.  A 15psi (lb) pressure cooker will be able to provide you with the fastest speed possible. A pressure cooker less than 15 lb pressure, will take more time to cook food. Cooking a whole chicken, through a regular cooking method will take you 60 minutes, where as cooking it in a pressure cooker will take you only 20 minutes! Imagine a juicy, succulent chicken in such less time! Soups can be cooked in 12 minutes, Black Beans can be cooked in 10 minutes etc. If you want to know more about how much time a specific food item takes to be cooked using a pressure cooker, you will be able to find a lot of information online. Many sites have proper tables which will give you a fair idea of how much time does it take to cook which food item.

A digital pressure cooker has a lot of perks, out of which the biggest one is that it can reduce the cooking time to almost 70%! And since it is totally digital, it does not require monitoring, either. You do not have to go checking up on it, every now and then, just set the cooking type and time and you are done. It will start and stop automatically and will even release the pressure on its own. 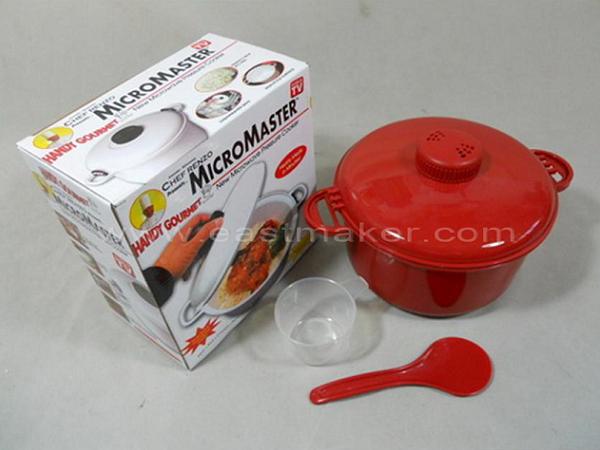 However, pressure cookers can be pricey as compared to cooking pots. While you can cook a lot of things in the pressure cooker, there are a few limitations, too. For example, never consider cooking pasta in a pressure cooker because that will be just plain disastrous