Tamil women make daily a fresh kolam in front of their house with white rice powder with dots and loops. These Kolam is mainly will have symetric nature and most will be in round, square or hexagonal shape. Even though the traditional rangoli kolam of Tamil Nadu is of white rice powder, now you can see Tamil Kolam design with colorful rice powder on occations like pongal and Diwali. When I was living in Diwali I was really amazed the speed and design of the kolams they make. Most kolam designs are so beautiful that you will wonder from where they get these desings. Have a look of some below if you would like to know how the Kolam is made and what it looks like

As we knows Lord Ganesha stands for luck and prosperity. So I have selected Lord Ganesha as the thumb nail for this post. I am sure with his blessings we can overcome, all obstacles in our life

This is a traditional Tamil Kolam. you can see this Kolam in-front of the most houses in Tamil Nadu. They clean the frond of their house and make the Kolam with rice in everyday morning 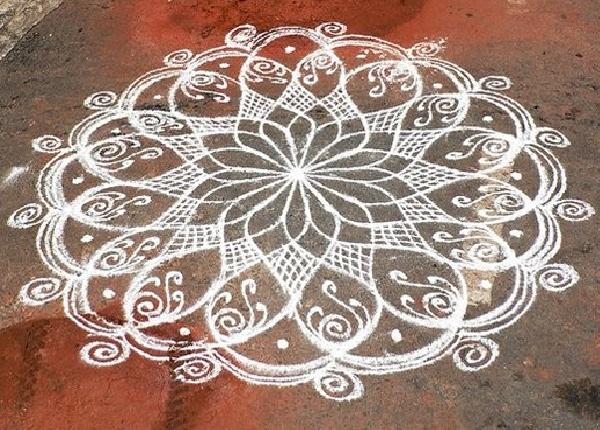 You can see a beautiful rangoli Kolam here. It is really intricate and beautiful. This kolam is associated with some Temple Festival. Tamil people are more religious people, and they love idol worships. Almost all  corner of the streets you can find some Statue of strong man sitting. As a Hindu I can recognize some of them, but most of them is unknown to me also. 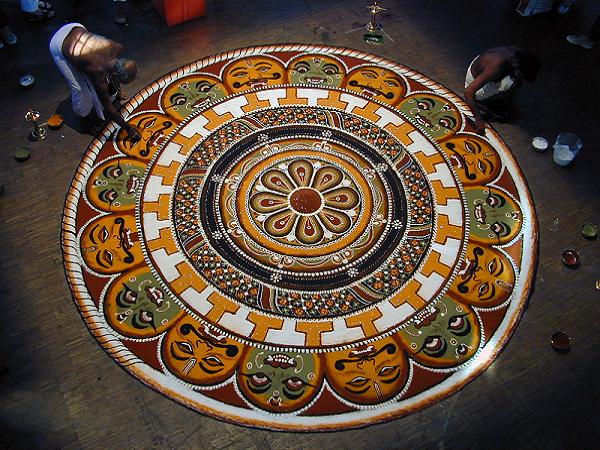 Kolam with Dots are a kolam design made with closly placed rice powder dots. This is one of the easiest way of making Kolam. First the dots has been laid out like the frame for kolam. Later the kolam will be done by connecting the dots and points. 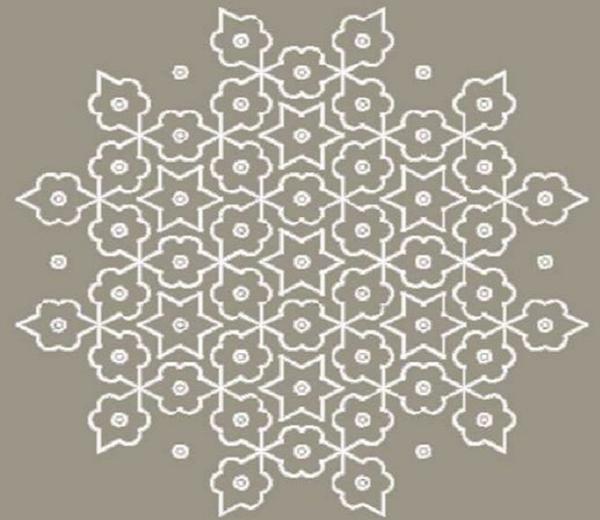 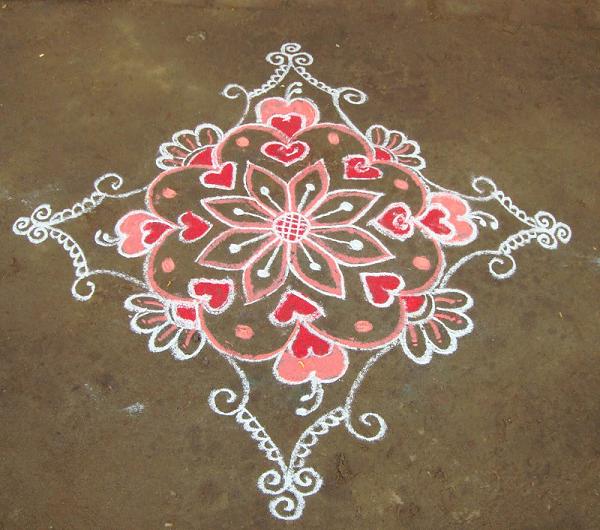 Ranglo is a everyday affair in Tamil nadu, Andrapradhesh and Karnataka. You can see women making rangoli infornt of their house in everyday morning. They are so expert in this art, that after cleanting the front of the house and they will come with rice powder to do rangoli in fron of their house. Please see one simple Kolam designs which is made by dots 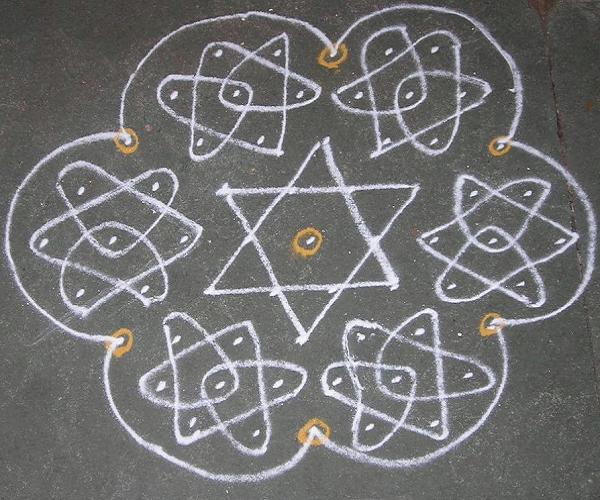 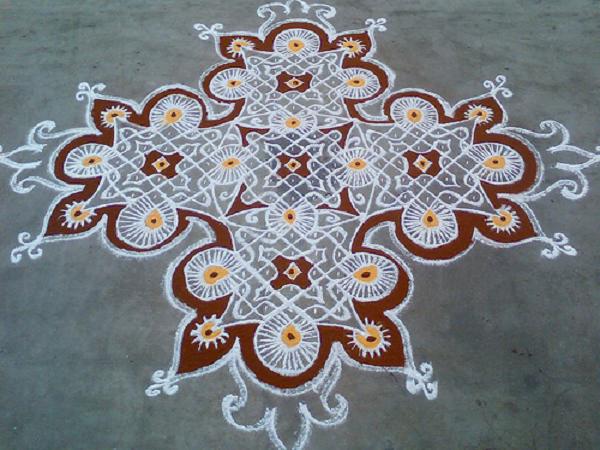 See another traditional Kolam below. This is some what intricate and they make this on festivals like Pongal and Diwali. 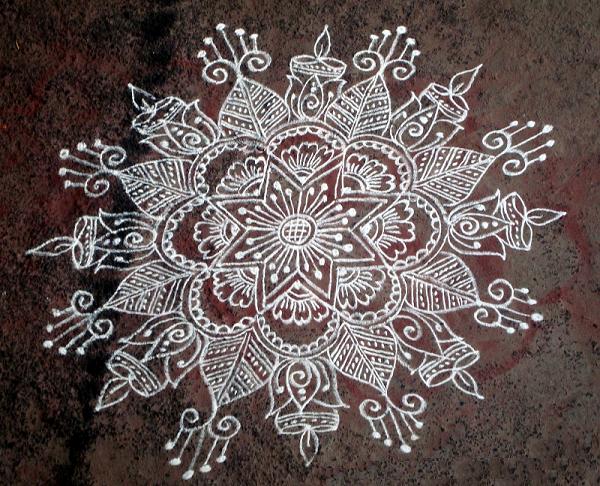 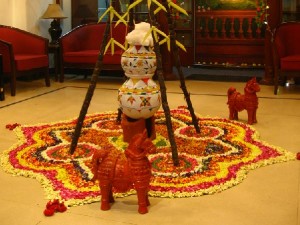 Pongal is the major festival in tamil nadu. Pongal is conducted to say thank you to God Sun, other gods, for the good harverst and to seek blessings for good harverst for next year also. They also thank their cattles, for working along with them in the field, during farming. Pongal is one and only harvest festival in the world, which also thanks the cattles and other animals for helping us in farming. On the mattu pongal (cattle pongal) day all the cattles will be fed with normal lunch with rice and payasam

Tamil people are religious and they make kolam for pongal. Kolam is generally considered as a welcome sign for gods. So all hindu in tamilnadu will make kolam and doing prayers for Pongal. 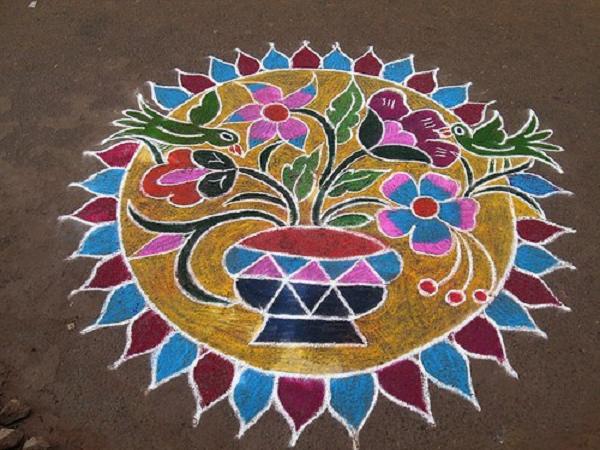 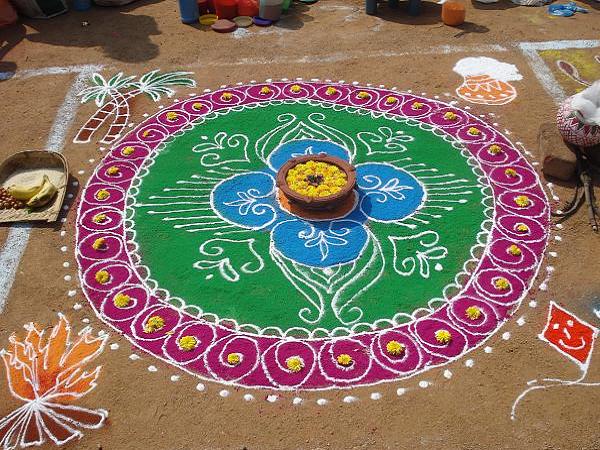 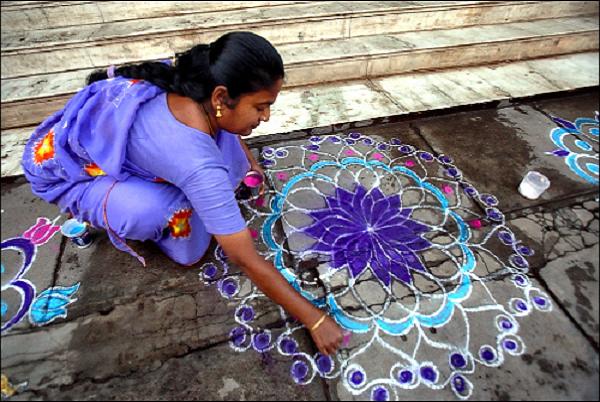 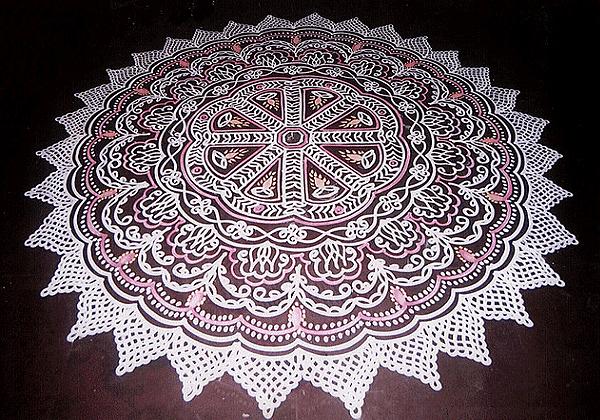