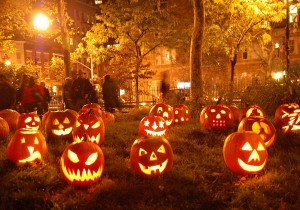 Spanning the line between plenty and rarity, life and death and fall and winter- Halloween is truly an occasion of fun and celebrations. This holiday is usually celebrated on the night of October 31st. In actual, the word ‘Halloween’ is derived from ‘All Hallows Evening’ and popularly known as ’All Hallows Eve’ or Halloween. You won’t believe this, but Halloween stands next to Christmas in celebrations and expenses. It has been evaluated that people spend around $2.5 billion on this festive night and that’s an incredibly big amount spent on candy, costumes, decorations and party goods.

Like Christmas and other holy occasions, Halloween is purely steeped in ghoulish customs and traditions. Basically, all the famous traditions have been carried from Scotland and Ireland to several regions in North America in the nineteenth century, while other western countries hugged this trend in the late twentieth century. Some of the countries, who embraced this holiday later, include United States, Canada, Australia, United Kingdom, New Zealand and Puerto Rico. One of the most traditional activities that usually takes place on Halloween, includes Trick or Treating in which kids, wearing different scary costumes proceed from door to door, asking for treats and candies. They usually ask people “trick or treat?” and here, ‘trick’ means to perform some kind of trick on the homeowner or his property, if the treat is not given. If you are living in a neighborhood with lots of kids, then you must purchase candies and treats in advance for this wonderful tradition.

Other Main Traditions of Halloween:

The Origins of Halloween:

In reality, Halloween is a way different now than it may have been celebrated thousand years ago. As we know, October 31st is just around the corner, it would be fun to find out what the origins of Halloween were.

Peter Tokofsky- an Assistant Professor in the department of Mythology and Folklore in UCLA State was the first one to find the origins of this holiday. He stated that Halloween is originated from the Celtic festival- Samhain, which was the Celtic New Year. They considered this holiday ‘the day of the dead’ or ‘the Feast of the Dead’ and they believed that the spirits of the deceased would return back.

Samhain- the Lord of Darkness

The word’ SAMHAIN’ means ‘the end of summer’, by Celtic societies. Summer’s end actually refers to the beginning of the cold winter nights and was an important date for the Celts, who survived on plants and grown in the fields. They believed that 31st of October is the end of the harvest and beginning of the dark winter nights- the time associated with human death. 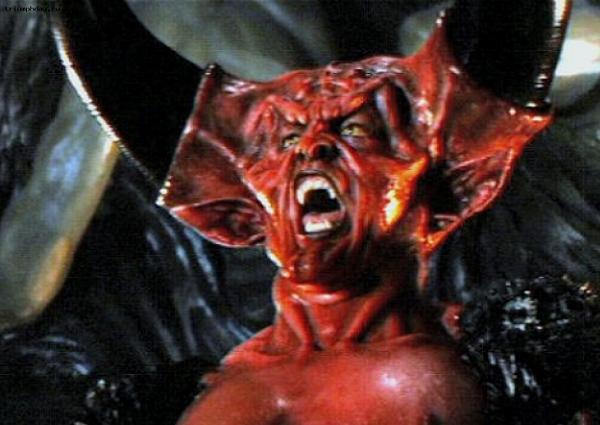 Druids were the Celtic pagans who used to worship Samhain-the lord of Darkness. They believed that the souls who had passed away the preceding year were to come back on the night of Samhain. The Druids enjoyed this holiday with great celebrations and organized huge fire festival to motivate the dimming sun not to disappear. They used to dance, play games and do lots of fun to keep wicked souls away, but they keep their doors open for the kind and helpful spirits that might join in their celebrations. Moreover, Celts and Druids during these celebrations, used to wear costumes, usually consisting of animal skin and heads. This tells us that Halloween Costume parties and Context have been derived from the Celtic practices.

Halloween- is truly a time of year when days get shorter, air gets crisper and for millions of U.S. youngsters the excitement and fun grows in hope of the scariest, darkest and spookiest holiday of the entire year. Usually, Americans celebrate this grand occasion on 31st of October in the most festive manner.

What Do People Do on Halloween in U.S? 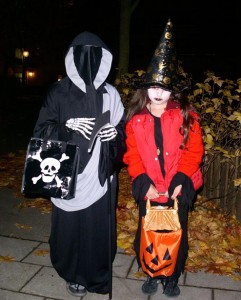 In U.S, this holiday is usually celebrated with friends, family, relatives and even colleagues. Parties and other events may be organized by several large communities in America on the weekends, before or after the actual date. The most traditional activities for adults include: watching horror movies, creating graveyards or haunted houses, throwing costume parties and much more.

As far as kids are concerned, they usually dress up in fancy and creepy costumes- like witch costume, dreary zombie costumes, monster costume and so on. They visit each house in their neighborhood and demand snacks, sweets or small gifts from the adults.

On Halloween, various families carve horrific lanterns out of various vegetables- like pumpkin and decorate their homes and gardens according to the theme. These scary lanterns were intended to keep evil spirits away from their homes. 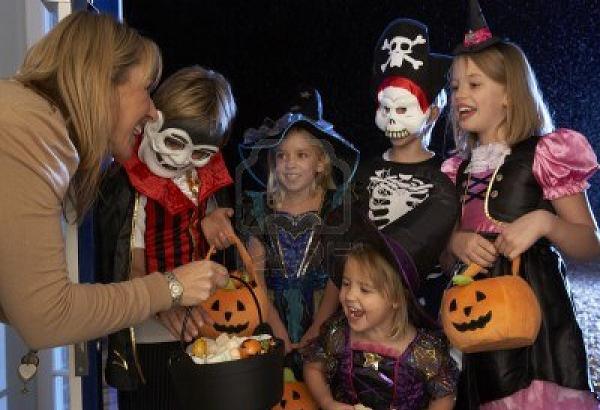 One more amazing cause that is associated with Halloween in U.S. is collecting the donations for United Nations International Children’s Emergency Fund- UNICEF. Children usually trick or treat on Halloween night, some of them collect money instead of gathering candies and snacks. They might carry a small box with UNICEF logo and then the donation is submitted to the organization to help needy children around the globe. I believe this is the most purposeful part of the entire celebration!

There are tons of symbols and objectives that are usually tied with Halloween. Some of the most traditional symbols include:

All these things symbolize the connection between the physical and spiritual world and also between the life and the death. Animals that are popularly utilized on this holiday include:

All these animals often associate with Halloween, because they symbolize darkness and night and they are used for accompanying wizards and witches. There is a wide range of objects that makes Halloween more celebratory and exciting. Some of the objects are:

All these objects are intended to protect houses from evil souls and are often connected with death. Nowadays, such scary costumes and creepy-cool props are available in various markets and online stores to add a new wave of excitement and fun.

It is believed that if a girl or a boy holds a candle and looks into mirror, while eating an apple or combing hair, their future life partners will appear peeping over their shoulders. Wow! How exciting superstition is this! Do try it this season and discover your partner soon!

Some people believed that the Devil was used to gather nuts on Halloween and he was popularly known as ‘nut-gatherer’. Also, there is one more superstition regarding hazel nuts in which girls place nuts in front of the fire grate. Each nut will symbolize one of her suitors. Now, she can find out who her future partner will be by rhyming few words: “if you love me, then pop and fly and if you hate me, then burn and die”.

There are so many superstitions, associated with apple. Let’s figure out some most interesting ones step by step:

Discover some Fascinating Facts about Halloween:

It has been predicted that children are more likely to be killed or hit by a car on Halloween night than any other night of the year.

Everyone loves to look most dreary and wear creepiest costumes on the occasion, but not when it comes to the safety of your kids. There are several helpful and effective safety measures that will help your child stay protected and safe on Halloween.

Every one of us wants to have a secure and prosperous Halloween, especially for our guests and children. In order to make the most of this festive occasion, try picking these safety tips and share them with your kids. This will make your entire Halloween season as enjoyable and meaningful for your kids as it is for you!

Choose a fantastic theme for your party, buy creep-cool costumes for your kids and family, decorate your home in the unique way and stay safe and happy on the upcoming Halloween holiday!