Mahabharata and the famous Kurukshetra War would not be complete without mentioning Bhishma. Bhishma remains as one of the most important , dynamic and mysterious. Bhisma is looked upto for his strength , sacrifice and love towards his people. Though Bhisma is believed to be a great man, but he did make some wrong decisions . Bhishma is also known for a few of his controversial actions . Today we shall talk about the Brave, mysterious character depicted in Mahanbharata known as Bhishma.

Who is Bhishma or Bhisma?

Bhisma is the son of King Shantanu and Ganga . Bhisma was their eight son and was named Devavrata . He was a dweller or Vasu was was cursed and was reborn as Devavrata . He was extremely courageous , powerful and had unmatched power. He had earned wish-long life and had defeated his own guru Parasurama . Bheeshma or Bhishma as he was known and later on was known as Bhishma Pitamah was a mighty archer and had immense knowledge.

He was one of the astavasus called Prabhasa who had stolen Sage Vasistha’s wish bearing cow Kamadhenu  . vasistha had cursed all the Vasus for aiding Prabhasa but since they asked for mercy they were freeded of the curse as soon as they were born. On the other hand Prabhasa being the principal sinner was cursed for a long life filled with difficult situations and that he will be one of the most memorable men of the times . 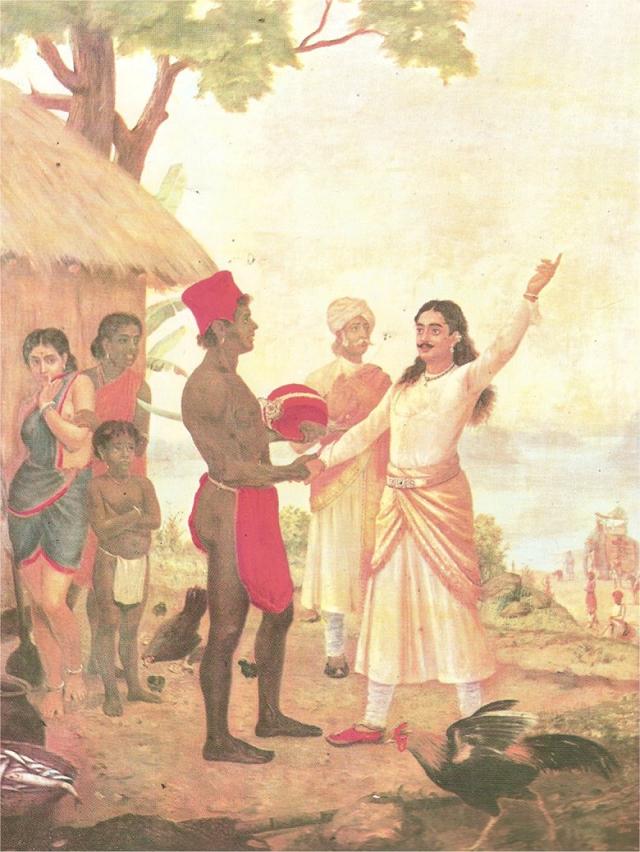 Devavrata was the first in line for the throne, but the future had different plans for him. Shantanu , after many years got attracted to Satyavati, a fisher woman and asked her to marry him. Satyavati accepted his proposal but made him swear that only her son will be the king and not Devavrata.

Bhishma Turns Down The Throne:

Bhishma turns down the throne but it is not justifiable how he had taken the oath . He was responsible for the well being of the country and it’s men and if he had not made the vow jut to please his would be step mother and father the kingdom could have become strong with his ruling. It was foolish of him to believe his step brothers would be better rulers than him and leave the throne . 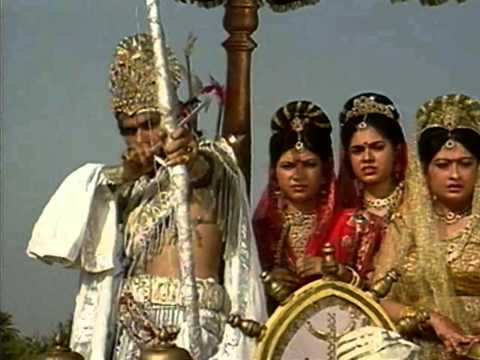 Bhishma was known to be a man of knowledge and Dharma and was respected by all. Satyavati asked Bhishma to win the princesses through the Swayamvara. swayamvara was the customary practice of Kshatriya Kingdoms where the Princesses would choose their husbands after witnessing their potentials and courage . The Kashi King had three daughters but Amba had already given her heart to Salya. Bhisma won the Swayamvara but when he said that he represented his step brother VichitraVirya , the men at the Swayamvar objected. Bhishma abducted the three daughters, but when he learnt about Amba’s decision he let her free. On returning to Salya , Amba was insulted and sent back . Angry and humiliated Amba vowed to kill Bhishma . But since Bhishma was gifted with life till he wished so she was reborn as Shikhandi to the King Drupada who finally killed Bhishma.

VichitraVirya dies of Tuberculosis without a heir : 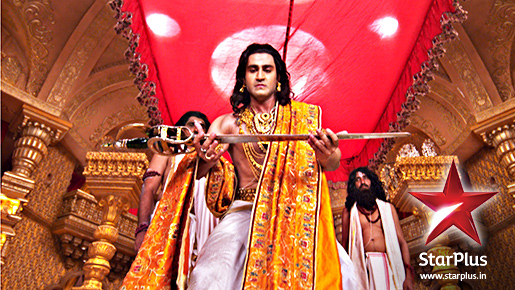 Ambika and Ambalika were wedded to Vichitravirya but the king lived only a few years and died of tuberculosis. The kingdom was left without a heir and Satyavati asked Bhishma to produce the next generation of Kurus through Ambika and Ambalika  but Bhishma declined stating he has taken oath of Celibacy . He suggested that Satyavati asked his other son Vyasa to use his yogic powers to produce heirs for the Kuru clan. Each Queen bore one son and a maid was also blessed with a child. With his yogic powers Vyasa made the queens bore the child who were Vichitravirya’s son.

Dhritarashtra is Crowned as King :

Gandhari was the princess of Gandhar and Bhishma came to Gandhar in order to ask her hand for marriage. But Gandhari did not know that Dhritarashtra was blind till the last moment which shattered her dreams . Shakuni , Gandhari’s brother knew how Bhishma had ruined his sister’s life and stayed back with Gandhari only to bring bad luck and destroy the Kuru Clan.

Despite being equally eligible for the throne Pandu’s sons were forced to stay in exile for a long period of time. Yudhisthira was elder and had all the qualities of being the King but Bhishma did not make him king and later on made Duryodhan the king.

When Draupadi was forcefully dragged to court by her hair in the presence of everyone by Dussasana , Bhishma could have stopped him from insulting Draupadi. Tthough Kripacharya and Dronacharya were loyal to the king and could not object , Bhishma could have easily stopped this. Bhishma therefore accepted and watched the heinous act without uttering a word.

The Reason of War – Bhishma:

Bhishma was one of the reasons why the epic Kurukshetra war took place and thousands and thousands died. When Krishna came to Bhishma with the peace treaty he declined, which made the war inevitable. Other than this Bhishma did not stay aloof or walk away from the battle. He joined the Duryodhana army and fought against the Pandavas. Bhishma died at the hands of Shikhandi after only nine days at the War as was destined.

Bhishma did try to minimize the damage of lives. When he started fighting he had the power to defeat the Pandavas but he chose to give minor difficulties to them.

Bhishma was the student of Parashurama , who is Lord Vishnu’s incarnation. It is said that the last one to defeat Parashurama was Lord Rama before Bhishma defeated him.

We hope this article has given you insights and information about how Bhishma was as a person . Bhishma was undoubtedly a great warrior and an ideologist but some of his decisions remain questionable till date.